Here is a summary and schedule of the YuQC Speaker Series.

Check out this Youtube playlist of all past talk recordings!!

To catch and reverse a quantum jump mid-flight

Dr. Minev is a scientist with an applied experimental and theoretical background, focused on quantum computing and fundamental physics. He holds a permanent research position at IBM Quantum, at TJ Watson. Dr. Minev received his Ph.D. in Applied Physics from Yale University, working in the Devoret Quantum Lab.

Abstract: Quantum physics was invented to account for two fundamental features of measurement results – their discreetness and randomness. Emblematic of these features is Bohr’s idea of quantum jumps between two discrete energy levels of an atom. Experimentally, quantum jumps were first observed in an atomic ion driven by a weak deterministic force while under strong continuous energy measurement. The times at which the discontinuous jump transitions occur are reputed to be fundamentally unpredictable. Can there be, despite the indeterminism of quantum physics, a possibility to know if a quantum jump is about to occur or not? Here, we answer this question affirmatively by experimentally demonstrating that the jump from the ground to an excited state of a superconducting artificial three-level atom can be tracked as it follows a predictable “flight,” by monitoring the population of an auxiliary energy level coupled to the ground state. The experimental results demonstrate that the jump evolution when completed is continuous, coherent, and deterministic. Furthermore, exploiting these features and using real-time monitoring and feedback, we catch and reverse a quantum jump mid-flight, thus deterministically preventing its completion. Our results, which agree with theoretical predictions essentially without adjustable parameters, support the modern quantum trajectory theory and provide new ground for the exploration of real-time intervention techniques in the control of quantum systems, such as early detection of error syndromes.

Professor Raymond Laflamme is the founder of the Institute for Quantum Computing at the University of Waterloo and a Canada Research Chair in Quantum Computing. Prof. Laflamme began his career working with Stephen Hawking on questions in quantum gravity and cosmology, but his interests have moved to quantum information science and technology. As a pioneering scientist in quantum information theory. Prof. Laflamme laid down the mathematical framework for quantum error-correcting codes, which has since grown into the incredibly vibrant field we know today.

Abstract: As a part of the YuQC speaker series, Prof. Ray Laflamme will join us this Thursday (April 8th) at 7pm for a fireside chat. This will be an incredibly unique opportunity for you to ask one of the biggest names in quantum anything you’d like!

Currently the F. W. Beinecke Professor of Applied Physics at Yale University (which he joined in 2002), Prof. Michel Devoret focuses his research on experimental solid state physics with emphasis on quantum mechanical electronics or “quantronics”. In this new type of electronics, electrical collective degrees of freedom like currents and voltages behave quantum mechanically. Such mesoscopic phenomena are particularly important in the realization of quantum information processing superconducting devices based on Josephson junctions, which is his main research goal.

Abstract: The accuracy of logical operations on quantum bits (qubits) must be improved for quantum computers to surpass classical ones in useful tasks. To that effect, quantum information must be robust to noise that affects the underlying physical system. Rather than completely suppressing noise, quantum error correction aims at preventing it from causing logical errors. This approach derives from the reasonable assumption that noise is local: it does not act in a coordinated way on different parts of the physical system. Therefore, if a logical qubit is encoded non-locally, it is possible, during a limited time, to detect and correct noise-induced evolution before it corrupts the encoded information. We will discuss how recent experiments based on superconducting cavities and transmon artificial atoms - employed here as ancillary non-linear elements - realize error correction, and their prospect for autonomous error correction, without which scaling up will be essentially impossible.

The YuQC Speaker Series is happy to announce Students in Quantum night. This speaker event will feature brief (~10-15mins) research presentations from Yale undergraduate student researchers. Stay tuned for our speaker list, and look forward to learning more about undergraduate research efforts in quantum computation and quantum engineering at Yale.

The Era of Quantum Information

Prof. Liang Jiang joined the faculty of Yale University as an assistant professor in 2012, and later as an associate professor of Applied Physics. In 2019, Prof. Jiang moved to his current position as professor at the University of Chicago Pritzker School of Molecular Engineering. There, he theoretically investigates quantum systems and explores various quantum applications, such as quantum sensing, quantum transduction, quantum communication, and quantum computation.

Abstract: In this talk, Prof. Jiang will talk about the advances in quantum communication and various quantum applications.

The Second Quantum Revolution and the Race to Build ‘Impossible’ Computers

Professor Steven Girvin is a Eugene Higgins Professor of Physics at Yale, and the Director of the Co-Design Center for Quantum Advantage at Brookhaven National Laboratory.

Abstract: The first quantum revolution brought us the great technological advances of the 20th century—the transistor, the laser, the atomic clock and GPS, the global positioning system. A ‘second quantum revolution’ is now underway based on our relatively new understanding of how information can be stored, manipulated and communicated using strange quantum hardware that is neither fully digital nor fully analog. We now realize that 20th century hardware does not take advantage of the full power of quantum machines. This talk will give a gentle introduction to the basic concepts that underlie this quantum information revolution and describe recent remarkable experimental progress in the race to build quantum machines for computing, sensing and communication.

Prerequisites: No prior knowledge of quantum mechanics is required! 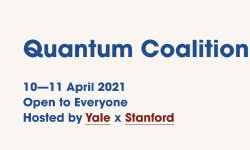 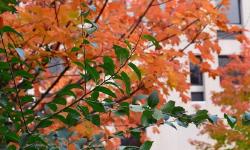